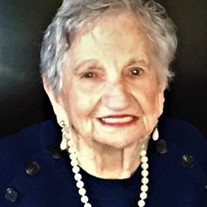 Lou Graham Hardin, 93, passed through the gates of heaven entering God's Kingdom on April 13, 2022 while residing in the Winter's Healthcare and Rehabilitation Center in Winter's Texas. Lou was born on February 24, 1929 in Basile, Louisiana to Morris Green and Rena (Daigle) Green. Being born during the Great Depression and the stock market crash of 1929, hard times fell upon her family. She quit school and started picking cotton to help support her family that eventually grew to seven girls and five boys. She waited tables with her sister Maggie at the Green Frog Cafe in Lake Charles, Louisiana. Most of their earnings were sent back home to help their family survive the perils that came with the depression. Her hard work ethic was created at a very early age and continued throughout her life. In 1949, while Lou was working as a waitress, she met and fell in love with a long tall Texan by the name of Harvey William Graham. Harvey was a pipeline welder for Brown and Root in Eunice, Louisiana. They dated and were married on March 15, 1951. They moved around the country pipe lining until their oldest son Wayne started school. They settled down in Menard, Texas, which was Harvey's home town. They raised their five children Wayne, Carroll, Drucilla, Harold, and Rena to work hard and to be respectful to others. The family never had a hungry day in their life thanks to deer (lots of deer) and turkey hunting, fishing, and gardening they were able to do. Harvey made the comment after receiving a long barrel shot gun for Christmas one year, that he could ease the barrel of that gun up a tree and harvest five turkey and a cord of wood with one shot. I guess the Graham family was considered to be hunter gatherers. Back in the day, if you didn't hunt for your food you didn't eat. Lou processed and cooked hundreds of deer in her lifetime. If you ever left the dinner table hungry, it was your fault, not Lou's, for there was always plenty to eat. Harvey passed away on February 18, 1981 at age 58 following a massive heart attack. Lou married Harvey's best friend Zeno (Shorty) Click on February 24 1982. Through sickness and health till death do you part, Lou became a great nurse and caregiver to Shorty. After sixteen years of life together, Shorty passed away on September 14,1998. The love that he had for Lou didn't end there. His loving arms were still around her after his death, for she received spousal military benefits until the day she passed. Lloyd William Hardin, an absolute romantic, fell head over heels in love with Lou. Loyd played guitar, wrote, sang and recorded love songs to her. They traveled and lived life to the fullest. Loyd treated Lou like a queen. The love he showed for her was very inspiring and heartwarming. I guess the notion that all fairy tales must end is true. Their Romeo and Juliet fairy tale ended with the most dreaded word in the world (Cancer). Lloyd had been sick for months and was finally diagnosed with terminal cancer. Loyd was laid to rest on September 21,2002. Raymond Kothmann asked Lou for her help following his knee replacement surgery. He had gotten an infection and needed extra care. Without her help he would face having to go to the care center. Lou went to Raymond's as a nurse and caregiver. They ended up being companions and souls each trying to continue the final journey of life. The couple lived and worked together for years while trying to survive the mounting health problems of each that came with age. Dementia for Lou, Diabetes and heart problems for Raymond. Raymond passed away May 19, 2018 at the age of 88. The circle of life was heartbreaking at times of loss for Lou, With continued companionship, love, hope, happiness, laughter, and prayers, God Almighty was able to bring new life and healing to Lou's broken heart. Life must go on. Lou is preceded in death by her parents Morris and Rena (Daigle) Green and by all of her siblings Henrietta,Violet, Joyce,Gretta,Germain, Maggie, Bill, Patrick, Harold, Curry and Dane. Lou was also prededed in death by her husband Harvey William Graham, and by her children Harvey Wayne Graham, Harold Hamilton Graham, Rena Lou Osburn,and by granddaughter Melissa Mitchel. Lou is survived by son Carroll, daughter Drucilla and husband Arvin Mitchel of Ozona, and daughter-in-law Loretta Graham of Bronte. Lou is also survived by numerous nieces and nephews,grandchildren, great grandchildren, and great great grandchildren. Funeral services will be held at 2:00 PM on Tuesday, April 19, 2022 at the Heritage Funeral Home Chapel in Menard with Don Longoria, Pastor of Sterling City Baptist Church, officiating. The service will be a combined service with her son, Harvey Wayne Graham. Burial will follow in Rest Haven Cemetery in Menard, Texas. Funeral arrangements are under the direction of Heritage Funeral Home in Menard. Please view Ms. Hardin's online memorial at www.heritagefuneralhomes.com.

Lou Graham Hardin, 93, passed through the gates of heaven entering God's Kingdom on April 13, 2022 while residing in the Winter's Healthcare and Rehabilitation Center in Winter's Texas. Lou was born on February 24, 1929 in Basile, Louisiana... View Obituary & Service Information

The family of Rena Hardin created this Life Tributes page to make it easy to share your memories.

Lou Graham Hardin, 93, passed through the gates of heaven entering...

Send flowers to the Hardin family.