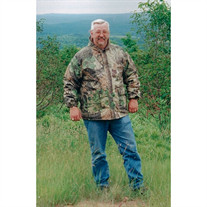 Kenneth Lee Hepburn, 63, of Brady, Texas went to his eternal home on Monday, August 5, 2019 at his residence in Brady surrounded by his family. Kenneth was born in DuBois, Pennsylvania on July 7, 1956 to Robert Doughman Hepburn and Berna (Waite) Hepburn. Kenneth married the love of his life, Gina Long, on June 7, 1986 in Crandall, Texas. They cherished 33 wonderful years together. He and Gina moved to Brady in 1990 to 2004 and owned Hepburn Plant Land and Producer's Hydroponics. Then they moved to Penfield, Pennsylvania from 2004 to 2016 before returning back to Brady. Kenneth enjoyed hunting, fishing, landscaping and gardening. He was lovingly known as "Papa KenKen" to his precious grandchildren. He adored each and every moment that he spent with his children and grandchildren and all of his family. He was a very special husband, father, grandfather, and friend that will be deeply missed. Memorial Service will be held Monday, August 12, 2019 at Sunset Ridge Church of Christ in Brady, Texas at 2:00 pm. A come and go Celebration of Life will be held on Thursday, August 15, 2019 at Luigi's Villa in DuBois, Pennsylvania from 5:00 pm to 9:00 pm. Those left to cherish Kenneth Lee Hepburn's memory are his beloved wife, Gina (Long) Hepburn of Brady, Texas; two sons, Zachary Hepburn and wife Tiffany of Pennsylvania, and Chett Hepburn and wife Janell of Brady, Texas; daughter, Jill Marie Hepburn of Austin, Texas; four grandchildren, Gabriel, Brynley, Payson, and Lannon; brothers, Bob Hepburn, Harry Hepburn, Jack Hepburn, and Randy Hepburn of Pennsylvania; sister, Bobbi Jo Schultz of Pennsylvania; Mother-in-law, Louise Long of Brady, Texas; 2 Brother-in-laws, Mike Long and Kathryn of Brady, Texas, Pat Long and wife Becky of Brady, Texas; and numerous nieces, nephews, and friends. Kenneth Lee Hepburn is preceded in death by his parents, Robert Hepburn and Berna Hepburn; 2 brothers; father-in-law, James Long.

Kenneth Lee Hepburn, 63, of Brady, Texas went to his eternal home on Monday, August 5, 2019 at his residence in Brady surrounded by his family. Kenneth was born in DuBois, Pennsylvania on July 7, 1956 to Robert Doughman Hepburn and Berna (Waite)... View Obituary & Service Information

The family of Kenneth Lee Hepburn created this Life Tributes page to make it easy to share your memories.

Kenneth Lee Hepburn, 63, of Brady, Texas went to his eternal...

Send flowers to the Hepburn family.