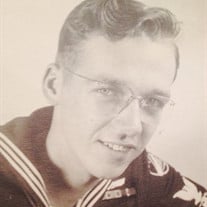 John Gail O'Keefe Retired envelope industry executive, outdoor enthusiast, inventor, and veteran John Gail O'Keefe passed away on June 4, 2022 just nine days short of his 99th birthday. A viewing will be held on Sunday, June 12, from 2 to 4 p.m. at Heritage Funeral Home in Lampasas. A military service will be 11 am Tuesday, June 14 at the DFW National Cemetery in Dallas, Texas. Gail O'Keefe was born on June 13, 1923 to Glenna Touve' Harris and Doye Lindsey O'Keefe in Centralia, Illinois. He grew up along the banks of the Kaskaskia River, hunting and fishing with his older brother and Uncle to provide food for their family during the years of the Great Depression. Gail graduated from Centralia Township High School where he majored in Industrial Arts. Like many young men of the time, Gail entered service in the U.S. Navy on February 18, 1943, serving as Chief Engineer in Motor Torpedo (PT) Boat Squadrons #6 and #11. He participated in 102 combat patrols in the Pacific Theater during World War II. Gail was separated in 1946 and, then, served as 1st Engineer on the U.S.S. Murrelette in Mine Squadron #3 in the North Korean Theater from 1950 to 1952. In 1946, Gail married Doris Jean Meyer, whom he met at the age of six months when Doris and twin brother Dean beat Gail for first place in the annual Centralia baby contest. Shortly thereafter, Gail and Doris moved to Dallas, Texas, and Gail soon joined Hesse Envelope Company as a Machinist. After rising to Vice President of Production 14 years later, Gail accepted a position with Westvaco, U.S. Envelope Division, in Dallas where he became renowned for his mechanical aptitude, creative and analytical thinking, and curiosity. Gail retired in 1988 after contributing to the company's international stature in high production envelope manufacturing. During his work years, Gail was a member of the Hillcrest Masonic Lodge # 1318 AF&AM. Outside of work, Gail was a devoted outdoorsman and spent many years involved with the Dallas Muzzle Loading Rifle Association. He and his family, which had now grown to include daughters Patricia and Kerry, spent many joyful weekends camping and participating in the group's monthly shooting matches. It was through his work and outdoor interests that Gail was introduced to the Edgar and Tilley Frank family in Lampasas. Weekends with family and friends expanded to weeks spent hunting during deer season and summers fishing for catfish in the Lampasas River. In 2006, after Doris passed away, Gail permanently moved to what had become his second home on a small ranch near Adamsville in Lampasas County. Long-time residents will recall stories in the Lampasas Dispatch Record describing his retirement projects including the restoration of a Model T, the invention of a small machine to cut cedar, and his near decade of work to remove overgrown cedar on his property. Gail was preceded in death by his beloved Doris, and his brother Doye Lindsey O'Keefe Jr. Survivors include daughter Patricia O'Keefe Dunbar and husband Larry Dunbar, daughter Kerry White and husband Paul Sutton; granddaughter Cristy Jean Packard and husband Jimmy Packard, and great grandchildren Caden, Harlee, Coleman and Lawson; and grandson John Robert White. Memorial donations may be made by check to AdventHealth Central Texas Foundation, 2201 S. Clear Creek Road, Killeen, TX 76549 or by credit card by calling Anthony Mino at (254) 519-8307, or by check to PT Boats Inc, Attn: Alyce Guthrie, P.O. Box 38005, Germantown, TN 38138.

The family of John Gail O'Keefe created this Life Tributes page to make it easy to share your memories.

Send flowers to the O'Keefe family.