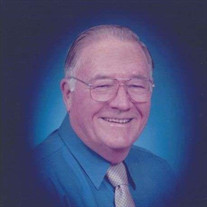 James David Flanagin James David (J.D.) Flanagin, 88, passed away on May 9, 2021 in Plano, Texas, with family by his side. J.D. was born on May 1, 1933, in Brady, Texas, to Ora Mae (Cate) Flanagin and Franklin David Flanagin. He graduated from Brady High School in 1949 and attended Durham Business College in Austin, Texas. He served four years in the United States Navy, spending the last 14 months of his service overseas. On September 29, 1956, he was united in marriage to Wanda Joy Tomlinson, from Brownwood, Texas. J.D. was a loving and dearly-loved husband and father whose constant, resilient faith guided him in all he did. His love for God and his family were the foremost motivators in his life, followed by his love and concern for the Body of Christ, the Church, and the world as a whole. For three decades, J.D. worked as a microwave communications technician for Fina Oil. He spent many hours on the roads of Texas ensuring that pipeline controls were up and running. He retired from the company in 2000. Those who knew him well knew J.D. as a minister and a musician. His beloved Gibson guitar traveled with him almost everywhere he went, and he was always ready to join in or lead a chorus of voices singing praises to God or classic country songs. He could often be heard strumming his guitar and singing alone as well, with or without an audience. For many years, one of J.D.’s deepest passions was encouraging unity among Christians, and he spoke and wrote often about the importance of being one in Christ. He gave of himself, first to his family and then to others, freely and without reserve. One of his favorite sayings was “You can’t outgive God.” Over the course of his life, even to his last days on this earth as he spent his final months in an assisted living facility and in hospitals, J.D. touched the hearts and lives of many people, demonstrating God’s love to others through sharing wisdom or just saying a simple, heartfelt prayer. J.D. is survived by his daughters, Brenda Brittain and husband James of Brownwood and Paula Flanagin of Denton; sons, David Flanagin of Little Elm and Lewis Flanagin and wife Juliette of Plano; twelve grandchildren: Daniel Brittain, Gadriel Hamilton, Michael Brittain, Tyler Gable, Cassandra Walker, Caitlin Gable, Morghan Flanagin, Brendan Flanagin, Ashlyn Flanagin, Jeremy Flanagin, Joshua Flanagin, and Sarah Flanagin; six great-grandchildren: Claira Walker, Ian Hamilton, Henry Podeyn, Karleigh Walker, Axel Brittain, and Beatrix Brittain; and numerous nieces and nephews. He was preceded in death by his dear wife, Wanda Flanagin; parents, Frank D. and Ora Mae Flanagin; siblings, Gerald Wayne Flanagin, Norma Gene Holloway, and Lanell Cook; grandson, Dylan Gable; and son-in-law, David Gable. Visitation will be held from 6:00 pm to 8:00 pm Friday, May 14 at Davis-Morris Funeral Home in Brownwood, and starting at 9:00 am on Saturday, May 15 at Early Church of Christ. Funeral services will follow visitation at 10:00 am with Dr. Donnie Auvenshine officiating. Interment will be at Eastlawn Memorial Park in Early.

The family of James David Flanagin created this Life Tributes page to make it easy to share your memories.

Send flowers to the Flanagin family.