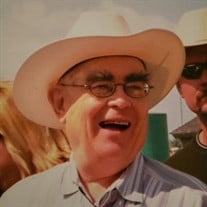 Charles E. Stokes, Jr. was born in Temple, Texas on October 11, 1926. His parents, Charles E. Stokes, Sr., and Esther Lawlis Stokes gave him a grand heritage on both sides of the family that included a Presiding Elder of the Methodist Church, Senators in Georgia before the Civil War, a governor of North Carolina militiamen with General Andrew Jackson at Horseshoe Bend and men and women that helped found Lampasas, Texas where he was raised. Charles and his younger brother John Franklin, called Frank, grew up in Lampasas where his family had the Stokes Brothers Mercantile and the Stokes Brothers Bank. The brothers always said it was a wonderful place to grow up and still maintained friendships among classmates. Charles went to Schreiner Institute in Kerrville, Texas. Since this was during World War II, he then went to school at Texas Tech, and graduated in 1943 with a basic engineering degree from the Army Specialized Training Program. He worked at many jobs, gaining experience in building and construction, and then graduated in 1948 from the University of Texas after receiving a B.B.A. Degree in Economics and Commodity Marketing. During those years he served apprenticeships at North Star Woolen Mills and Conant and Co., Inc. building a resume for his future. After graduating from college, Charles traveled to Mexico City where, staying with family friends, he became fluent in Spanish. This helped him in his business dealings in Peru, where he opened a wool processing house in Arequipa. At 26 years old and feeling pressure from the government against private enterprise, and also missing family and friends, Charles came back to the United States and bought a wool processing plant in New Braunfels, Texas. In 1968 Charles earned his M.A. from the University of Texas at El Paso and in 1970, he earned his Doctorate in Economics from Tulane University in New Orleans. He also received a Fulbright Fellowship in 1970 for studies in South American Culture and Business. After closing his wool mill in New Braunfels, Charles traveled all over the world buying and selling wool. Later he bought and sold ranches in Texas where he raised sheep and cattle, after going into partnership with his dear friend Wes Evans. Charles is survived by his daughter, Susana Cordano from Lima, Peru. He has two granddaughters, Silvana Ghersi Cordano de Rodriguez (Jorge Rodriguez Manucci) and Dr. Vanessas Ghersi Cordano de Soto (Manuel Ignacio Soto Falcon) and great grandsons, Francisco and Luca and Ignacio and Salvador. He is also survived by his sister-in-law Stephanie Stokes of Friendswood, Texas. Other family members are his niece Mary Myslik (Ed) and nephews, John Stokes (Tina), Charlie Stokes (Lauren) and Stephen Stokes (Stephanie) plus great-nephews Christopher, Samuel, Street and Talan and great-nieces Emily, Amy, Juliana and Clara. Also, cousins from cities all over Texas will remember him. Charles was funny and imaginative. When he told the family stories about his travels on the Amazon in a canoe with local people or journeys buying wool in Europe and Saudi Arabia, you could imagine yourself there. In 2000 he wrote and published a book called The Amazon Bubble: World Rubber Monopoly. He had worked on it for 40 years and the book is believed to be the only study of the Amazon rubber trade from the perspective of all South American countries involved. Charles traveled extensively after retiring from the wool business and loved boats and trains as this mode of locomotion. We would like to thank his caregivers in the past months. Linda Gisolo from San Angelo and Rosie Perez from San Antonio. Rosie has been an honorary member of our family for many years and her care of Charles was priceless. Thanks to Charles’ long-time friends, Dr. Viki Forlano and Angie Wileke. Also, Julie and Welsey Evans who traveled with and cared for Charles for many years as business associates and dear friends, and their daughter Bailey who was like a grandchild to him. Honorary pallbearers are Matt Boyle, Kenneth Shelton, Vince Sikes and Herb Heflin. Charles was loved and we are honored that he was and remains a member of our family. There will be a graveside service at 11:00 AM on Saturday, August 7, 2021 at Oak Hill Cemetery in Lampasas with Monte Jones officiating. Memorial donations may be made to the Lampasas Animal Shelter in Charles' memory. Arrangements are entrusted to Heritage Funeral Home in Lampasas.

Charles E. Stokes, Jr. was born in Temple, Texas on October 11, 1926. His parents, Charles E. Stokes, Sr., and Esther Lawlis Stokes gave him a grand heritage on both sides of the family that included a Presiding Elder of the Methodist Church,... View Obituary & Service Information

The family of Charles Stokes Jr. created this Life Tributes page to make it easy to share your memories.

Send flowers to the Stokes family.