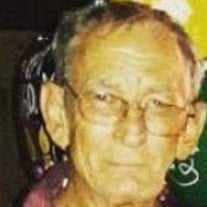 Billy Ray Tullus, 73, of Brady, Texas, passed away on Thursday, November 19, 2020 in Brady. He was born in Austin, Texas to George Tullus and Vida Mae (Durry) Hacker on October 12, 1947. Mr. Tullus resided in Travis County for most of his life.... View Obituary & Service Information

The family of Billy Ray Tullus created this Life Tributes page to make it easy to share your memories.

Send flowers to the Tullus family.