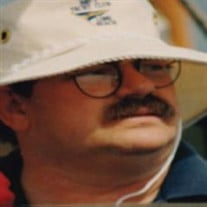 Bernard “Tom” Windwillow was born August 21, 1944, in Long Beach, CA, the only child of Marion T. Clark and Robin A. Burton. He died unexpectedly on August 24, 2021, at a hospital in Temple, TX. Tom was a Vietnam era army veteran having served as a medic with the 101st Airborne. Growing up predominately in California, he traveled and lived all over the world eventually following and supporting the love of his life, Adrienne during her career as a military registered nurse. They were married for 46 years after only knowing each other for 3 weeks. During this time, Tom worked in a variety of areas among them car salesman, dog sitter & registered nurse. He cherished becoming an alternate father to his son’s friends and supporting them as they grew from children to adults with their own families. He was a voracious reader and loved to learn. He took to writing his own works over the past few years and really loved sharing his creative energy. Cooking was one of his many passions and he attended Le Cordon Bleu in Paris, France where he honed his art. Sharing a meal with family and friends was something Tom always enjoyed, hosting regular get togethers over the years with those he loved. This love for cooking was passed down to his two sons, Edward, and Francisco, who both made careers for themselves in the culinary arts. Tom is survived by his loving wife of 46 years, Adrienne, his eldest son Francisco, his youngest son Edward, and his wife Erica, and his 4 grandchildren Grayson, Esa, Elena & Eli. A sea burial will be forthcoming in December off the coast of San Pedro, CA. Condolences may be sent to the family through the Heritage Funeral Home website, heritagefuneraltx.com.

The family of Bernard "Tom" Windwillow created this Life Tributes page to make it easy to share your memories.

Send flowers to the Windwillow family.