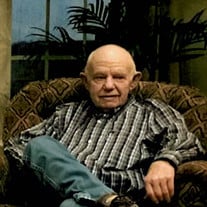 William "Bill" Ellis Neal, 75, passed away on Friday, October 29, 2021. He was born in Snyder, Texas on October 11, 1946, to James William Neal and Frances LaVerne Shelburne Neal. At a young age his family moved to Paint Rock, Texas where Bill grew up and graduated from Paint Rock High School in 1965. He served as a power generator equipment operator in the US Army from 1967 until he was honorably discharged in 1970. As a service member he served in the Republic of Vietnam theater where he was awarded the Commendation Medal for meritorious service. Other awards Bill received during his service were the Good Conduct Medal, National Defense Service Medal, Vietnam Service Medal, Vietnam Campaign Medal, and the Sharpshooter award. After his military service, Bill completed his Bachelor of Business Administration from Angelo State University in 1974. While attending ASU he met and married his wife of fifty years, Susan Ann Locklear from Brady, Texas. Bill and Susan ran a small farm and ranch outside of Brady. He enjoyed mechanics, welding, livestock, and managing his farmland. To supplement the family's income Bill worked numerous careers as an asbestos inspector, a safety inspector for oil fields, and traveled the road as a long-haul truck driver. Upon retiring from driving, he volunteered his time with post 3234 Veterans of Foreign Wars as an honor guard member and the National Rifle Association. Bill was a member of the Melvin Baptist Church. He enjoyed building projects with metal and wood in his shop, cooking, was passionate about reading, and was always learning more. Bill is preceded in death by his parents; his sister, Mary Neal Holubec; and a brother, Robert Neal. Bill is survived by his wife, Susan Neal, son Brandon Ellis Neal of Bronte, Texas, daughter, Melissa Sue Neal Castleberry of Stephenville, Texas, four grandchildren, Zoey Neal of Bronte, Cade Castleberry, Molly Castleberry, and Gretchen Castleberry of Stephenville, nieces and nephews, and numerous cousins. Visitation will be held Wednesday, November 3, 2021, from 6:00 to 7:30 PM at Heritage Funeral Home of Brady. Funeral services will be held 11:00 AM, Thursday, November 4, 2021, at Heritage Funeral Home of Brady with Rev. Jim Benson officiating. Graveside service will be at Rest Haven in Brady. Funeral arrangements are entrusted to Heritage Funeral Home of Brady. Please view Mr. Neal's online memorial at www:heritagefuneralhomes.com

William "Bill" Ellis Neal, 75, passed away on Friday, October 29, 2021. He was born in Snyder, Texas on October 11, 1946, to James William Neal and Frances LaVerne Shelburne Neal. At a young age his family moved to Paint Rock, Texas where Bill... View Obituary & Service Information

The family of William Ellis Neal created this Life Tributes page to make it easy to share your memories.

Send flowers to the Neal family.