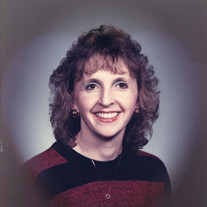 Sheila Faye Buchanan Jenkins, age 68, of Conroe, passed away on Thursday, March 10, 2022, in Brownwood. She was born October 3, 1953, In Conroe, Texas one of identical twin daughters of Jack and Lena Mae (Walker) Buchanan. While in school, she played the piano at the New Bethlehem Baptist Church in Cut and Shoot, Texas where her father was pastor. She was a member of the historian club and National Honor Society while in school. Following her graduation from Conroe High School, she attended college classes at Sam Houston University. She later married Jerry Jenkins on October 16, 1982, in Conroe and worked with him as an office manager at their helicopter business in Tomball. She had been a resident of Brownwood for the past three years moving from Conroe. She will be remembered as a very loving and caring person who loved being with her children and family. She especially loved going to the ranch with her husband and gardening. She was a Baptist by faith. She is survived by her two children, Cara Esquivel and husband Matthew of Brownwood and Clay Jenkins and wife Amy of Arlington and her grandchildren, Mason, Maitlyn, and Chloe. Also surviving is the father of her children, Jerry Jenkins of Decatur, step-sons, Shane Jenkins and wife Jill and Jared Jenkins and wife Mel, and her siblings, JoAnn Brown, Melony Arnold, James Everett Buchanan, Tommy Buchanan, and Larry Buchanan as well as several nieces and nephews. She was preceded in death by her sister, Jackie Arnold and her twin sister, Sandra Buchanan Bonds. Funeral services will be held at 2 PM on Wednesday, March 16, in the Davis-Morris Chapel of Heritage Funeral Home in Brownwood with burial to follow in the Richland Springs Cemetery. Visitation will be held from 5 - 7 PM on Tuesday at the funeral home. Services entrusted to the care of Heritage Funeral Home, Davis-Morris Chapel. Friends and family are encouraged to view the online memorial at www.heritagefuneraltx.com.

Sheila Faye Buchanan Jenkins, age 68, of Conroe, passed away on Thursday, March 10, 2022, in Brownwood. She was born October 3, 1953, In Conroe, Texas one of identical twin daughters of Jack and Lena Mae (Walker) Buchanan. While in school,... View Obituary & Service Information

The family of Sheila Jenkins created this Life Tributes page to make it easy to share your memories.

Send flowers to the Jenkins family.