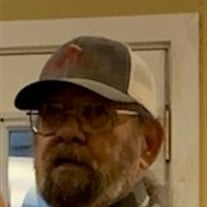 Robert Holcomb "Boog" Barker Jr., age 70, of Early, passed away at his home on Monday, May 16, 2022, following a sudden illness. He was born October 22, 1951, in Brownwood, the son of Robert H. and Dorothy LaVerne (Perkins) Barker. He grew up in Spearman, Texas and later served in the U. S. Army moving to several other cities while serving. He has lived in Richmond, Kentucky, later moving to Austin, and then returning to Brownwood. Robert or "Boog" as many remember was a very private person unless you knew him as a friend. He was known to his friends as a whiskey drinking, country music, heavy metal, roust-about, enjoy the good times guy. He loved to sit around a burn barrel telling stories. He enjoyed coin collecting, gardening, metal detecting. He formerly loved to go to cock fights, ride white water rapids, and other challenging events. He worked most of his life as a concrete contractor in the construction business and also served time as a bouncer at an Austin club. He is survived by his daughter, Brandy Watkins and husband of Brownwood, a son, Chris Barker of Brady, a sister, Patty LeBlanc of Florida, his grand-children, and great-grandchildren as well as two nieces. He was preceded in death by his parents and a great-grandchild. Graveside funeral services will be held at 10 am on Friday, May 20, 2022, at the Jenkins Springs Cemetery with burial to follow under the direction of Heritage Funeral Home, Davis Morris Chapel. Services entrusted to the care of Heritage Funeral Home, Brownwood. Friends and family are encouraged to view the online memorial at www.heritagefuneraltx.com

Robert Holcomb "Boog" Barker Jr., age 70, of Early, passed away at his home on Monday, May 16, 2022, following a sudden illness. He was born October 22, 1951, in Brownwood, the son of Robert H. and Dorothy LaVerne (Perkins) Barker. He grew... View Obituary & Service Information

The family of Robert Holcomb Barker, Jr created this Life Tributes page to make it easy to share your memories.

Send flowers to the Barker family.