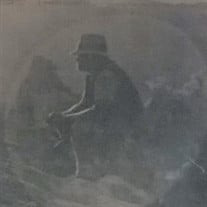 Richard Lee (Dick) Johnson Jr. summited his last mountain and met his maker on January 19th, 2022. He was raised and retired in Lampasas, Texas. During WWII he lived in New York City where his dad served in the FBI. While his time there was brief, he loved it and had numerous stories about his childhood in the Big Apple. He raised his family in Eastland, Texas and was a pivotal figure in both communities. His passion was teaching and mentoring. He did this in a number of ways including tutoring at risk youth at the Mission in Lampasas, coaching youth baseball, serving on the Eastland School Board for 12 years, and pulling all nighters with his children. But his biggest impact was through Scouting. He served as Scout Master for Troop 103 in Eastland for 23 years teaching a generation of young men to be self-sufficient, resilient and civically minded. He lived the values of Scouting and received numerous rewards over the years for his service including Outstanding Citizen Eastland for 1973, the Key to the City of Eastland in 1986, and Scouting’s Highest Honor for a volunteer, The Silver Beaver. For over 40 years he served on the Executive board for The Comanche and Texas Trails Council. But the best rewards he ever received were seeing youth, regardless of their background, achieve their potential. He chose numerous mountains, rivers and sometimes even just a flat spot in a field as his classroom, but his favorites among them all were Camp Billy Gibbons near Brownwood and Philmont Scout Ranch in New Mexico (where he did 11 treks). He served as an Elder in The First Presbyterian Church in both Eastland and Lampasas. He made a living as a Civil Engineer for the Texas Highway Department and later as Eastland County Surveyor. He is survived by Ann, his high school sweetheart and Wife of 64 years. His son Kevin who lives in Eastland; his son Dave and his wife Shayne who live in Austin. His Grandchildren Evan, Connor, Katherine and her husband Matt Roberts, and Brian and Vicky Johnson and their children Anna Belle and Ruby Lee. His sister Sue and her Husband Donald Bousquet of Belton and a number of nieces, nephews and cousins that loved him dearly. He’s sitting on a summit in Heaven with his son Lee, his parents and all the friends and loved ones that made it to camp before him. In lieu of flowers the family asks that you make a donation to the charity of your choice. The family will be having a private graveside service for now. We will have a larger celebration of a life well lived at Camp Billy Gibbons in the spring.

Richard Lee (Dick) Johnson Jr. summited his last mountain and met his maker on January 19th, 2022. He was raised and retired in Lampasas, Texas. During WWII he lived in New York City where his dad served in the FBI. While his time there was... View Obituary & Service Information

The family of Richard Lee Johnson Jr. created this Life Tributes page to make it easy to share your memories.

Send flowers to the Johnson family.