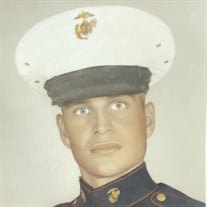 The world lost a hero on January 28, 2021 in memory of Merlin Umble. Merlin Lee Umble was born in Pottawattamie County Council ‘s Bluff, Iowa. He had seven other siblings. Merlin was born to Melvin and Vinny Campbell on May 17, 1940. Merlin attended school in his early years but, by the age of 12 he worked his summers on the farm caring and loading hay. Marlin attended middle school and graduated in ninth grade. On the other side of the world a war had begun to brew, and a draft began in the United States. Like the hero he was Merlin rushed to action and joined the United States Marine Corps. In Boot Camp he was stationed in California at Camp Pendleton and later stationed in Hawaii before heading off to Vietnam. He remained for three years in intense battles second in Saigon. During this time, he was deep in the jungles of enemy grounds of the Vietcong he endured humid weather, monsoon rains, and agent orange for the thick vegetation. He served in the era of 1964 to 1968. He returned to the states to California after discharge, he went back home to the Midwest. Merlin later found himself heading south bound to the Lonestar state of Texas. While working in San Antonio, Texas he found the love of his life in Fines Liver Factory her name was Martha Alicia Franco. After four years of marriage which began in 1976 there only son Billy Umble was born in 1980. They departed to Louisiana for one year working for Jordache Jeans and Denim Company. The move back to Texas was San Saba, Texas in 1988. There his legacy continued where he worked in the surrounding area and retired in sewing machine mechanics. Merlin could fix almost anything from sewing machines, vehicles, automotive and electronics, he was also a carpenter. He is survived by his wife Martha Umble, his son Billy Umble and daughter-in-law Angelica Umble, his grandchildren, Jasmine, Valaria and Melvin Umble and various nephews and nieces throughout the state and county. He will forever be missed dearly.

The world lost a hero on January 28, 2021 in memory of Merlin Umble. Merlin Lee Umble was born in Pottawattamie County Council &#8216;s Bluff, Iowa. He had seven other siblings. Merlin was born to Melvin and Vinny Campbell on May 17, 1940.... View Obituary & Service Information

The family of Merlin Lee Umble created this Life Tributes page to make it easy to share your memories.

Send flowers to the Umble family.