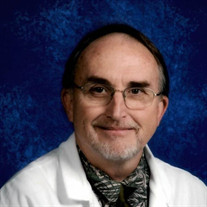 Matt Popnoe, renowned science teacher and educator at Brady High School, Eden High School, and Rochelle High School passed away peacefully in his home on Sunday, February 7, 2021. Popnoe, as he was affectionately called by his students, lived life to the fullest and dedicated his life to public service as a teacher for 37 years – Popnoe truly lived for his students. Matt was born on October 19, 1955 to Jake and Bitty Popnoe in Gainesville, Texas. After graduating from Novice High School in 1974, he attended McMurry and received his degree in biology. From there, he accepted a position as a science teacher at Brady High School and held that position for over thirty years. Throughout his career, Popnoe taught a number of different science classes and left an impact on countless lives. Regardless of the pathways taken by his students beyond high school, they consistently attributed their successes largely in part to their experience as a student in Popnoe’s classroom. Whether it be deejaying a local dance or wedding, serving as a sponsor for an academic team, working with students in the science lab after school hours, getting students ready for their filming at the KTXS Academic Challenge, providing countless hours of guidance, or lending an ear and advice to a student in need, Popnoe always worked hard to bring out the best in others. Popnoe knew how to foster talents (both known and unknown) in his students and saw the most in his students. He defended them, provided for them, and left lasting impressions on them all. Matt is survived by his father, Jake (Leona) Popnoe, his sister, Patti (John) Cohen, aunts, Donna Adams and Janie Popnoe, an uncle, Jerry Adams, and numerous cousins. He most adored his former student, Dustin (Sara) Williams and was blessed with their amazing support the last several years and the support of Dr. Jeff Mays. Serving as pall bearers: Michael Adams, Richard Benavidez, Rusty Busch, Andy Campbell, Matt Fields, Billy Nietz, and TJ Turk. Services will be held at 10:30 AM on Friday, February 12, 2021 at Redeemer Church under the direction of Paden Behrens. Burial will take place at 2:00 PM on Friday, February 12, 2021 at Silver Valley Cemetery. Visitation will be held at Heritage Funeral Home on Thursday, February 11, 2021 from 6:00 PM to 8:00 PM. A stream of the funeral service will be shared on social media. We are requesting that attendees follow all social distancing guidelines. Funeral arrangements are entrusted to Heritage Funeral Home of Brady.

The family of Matt Popnoe created this Life Tributes page to make it easy to share your memories.

Send flowers to the Popnoe family.