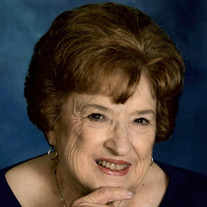 Mary Sue Fields was born May 1, 1937, in Fredonia, Texas to Van and Lora Eckert Bratton. She attended school in the first and second grade in Voca before moving to Brady in the third grade. It was here that she graduated high school as the salutatorian for the Class of 1955. She attended San Angelo College from 1955 to 1957 where she was a majorette with the band. She then transferred to Hardin-Simmons University to attend school with her high school sweetheart, Fletcher Fields, from 1957 to 1960 where she graduated with a Bachelor of Science Degree in Elementary Education, magna cum laude. She married Fletcher in Brady, Texas on August 15, 1958. They moved back to Brady after they had both received their degrees where they continued to cultivate their love for 58 years. Mary Sue and Fletcher were heartbroken over the loss of their first child, Barry Ethan Fields, who died in infancy; however, they were then blessed with two daughters, Kathleen and Nita. Their daughters were their pride and joy, following in their parents’ footsteps to become educators. In the later years of Mary Sue and Fletcher’s lives, they were given their greatest gift – the birth of their two granddaughters, Hannah and Kacy. Their granddaughters brought them both abundant love and laughter. Mary Sue Fields was a beloved teacher and school counselor during her 49 years in education. She taught in Abilene ISD briefly and Brady ISD for 26 years before receiving her Master of Education degree. Subsequently, she served as a school counselor with Ballinger ISD, Brady ISD, Cherokee ISD, Brookesmith ISD, and Llano ISD. Within the duration of her career, she was also an advocate for the education profession, rallying at the state capitol with her fellow educators and serving the local teachers as a leader in professional organizations. Outside of the classroom, she continued to be an advocate and serve others. She was an active member in the community she loved, participating in several different clubs and organizations including the Damrosch Music Club and service-oriented clubs where she held many different leadership roles at various local and state levels. Even into her later years she continued to find ways to make the lives of those around her better by volunteering for Sara’s Shared Dream, Casa Care, and being the driving force behind the Blessing Boxes. Mary Sue Fields was a devout Methodist. Nothing in this life brought her more peace than her religion. She was involved on various boards within the First United Methodist Church of Brady, along with the United Methodist Women’s group. She combined her love of music and faith, playing the organ in church services, funerals, and weddings from the time she was 13 years old until her dying day. She will be remembered by family for her love of the beautiful things in life – fresh flowers, baking, symphonies, the theatre, and traveling; her friends will remember her for her dinner parties and incredible ability to give the perfect gift; and her community will remember her for her dutiful servanthood, fueled by her love of others and Brady, Texas. She is preceded in death by her parents; her infant son; her brother, Byron Van Bratton; and the love of her life, Fletcher. She is survived by her two daughters, Kathleen Gray of Brady, and Nita Fields and husband, Michael Hodges, of Voca; her two granddaughters, Hannah Gray and fiancé, Kyle Vaughn, of Copperas Cove, and Kacy Rowley of Brady; and numerous cousins. Funeral arrangements are entrusted to Heritage Funeral Home of Brady.

Mary Sue Fields was born May 1, 1937, in Fredonia, Texas to Van and Lora Eckert Bratton. She attended school in the first and second grade in Voca before moving to Brady in the third grade. It was here that she graduated high school as the salutatorian... View Obituary & Service Information

The family of Mary Sue Fields created this Life Tributes page to make it easy to share your memories.

Send flowers to the Fields family.