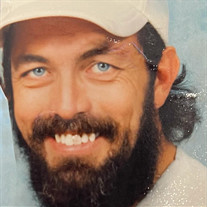 Marvin Wayne Fischer, 72 of Lampasas, Texas died on Tuesday, June 28, 2021, at Advent Health Center in Killeen, Texas. He was born on Wednesday, January 26, 1949, in Big Lake, Texas to Morgan Colonel and Beuna (Tindall) Fischer. Marvin grew up in Lampasas, moved to Waco, returning to Lampasas in 2014. Marvin was a paperboy in Lampasas when he was a boy, rising at 4:00 AM and delivering the newspaper. His last employment was as a truck driver for a freight company. He loved to go fishing and camping with his sons. He enjoyed a good party with his friends and was known for his blue eyes and his smile. He is survived by two sons, Michael, and Jeremy Fischer, both of Waco, one daughter, Donna King Harper of Crawford, Texas, three sisters, Margaret Luedecke (Jim) of Zephyr, Texas, Euna Fay Hunter of Waco, and Eunice D’Spain of Lampasas, two grandsons, Joshua, and Jacob Fischer and one granddaughter, Ashton Fischer, two nieces, Shelly Contreras, and Tracy Boshears, five nephews, Doug Hargrove, Warren Hunter and Clint, Kirk, and Colt D’Spain. Marvin was preceded in death by his parents, one brother, Melvin Fischer and one brother-in-law, Garry D’Spain. There will be no formal service for Mr. Fischer. His cremated remains will be interred at Oak Hill Cemetery in Lampasas. Memorial donations may be made in Mr. Fischer’s memory to a charity on your choice. Arrangements are entrusted to Heritage Funeral Home of Lampasas.

The family of Marvin Wayne Fischer created this Life Tributes page to make it easy to share your memories.

Send flowers to the Fischer family.