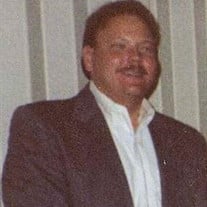 Marty Dale Frizzell, 64, of Brownwood, Texas, passed away on January 10, 2022. Marty was born on March 6, 1957, to UM (Buck) and Marjorie Frizzell in Austin Texas. Marty was the youngest of 4 children. Marty attended school in Austin and was a lifelong Longhorn fan. After graduation, he worked for several electrical supply companies and made many friends through his years in the industry. His dedication to customer service distinguished his career. Marty was passionate about the University of Texas Longhorns and spent many hours as their biggest fan. Marty often expressed pride in his family: his son, John, graduating from Le Cordon Bleu in Austin, Texas, his brother Charles, for is distinguished career in the military and his being a Purple Heart recipient. Marty also spoke often of his nephews and had a great love for each of his nephews and their families. Marty was married twice, his first marriage was to Michelle Robertson Frizzell, they had two children Stephanie and John. Marty's second marriage to Linda Cudmore produced his daughter Haley and his adorable granddaughter, Emma. Marty was predeceased by his parents, Buck and Marjorie, his daughter, Stephanie, his brother, Charles, his nephew, Mark, his son, John and his sister, Cheryl. He is survived by his brother, Randy and his wife, Brenda of Georgetown, Texas, his daughter, Haley and her husband, William of Temple, Texas, his granddaughter, Emma, and nephews, Brian Frizzell, Kevin Frizzell, Scott Frizzell, James Zombola, Jason Zombola and their families. Services will be held at Heritage Funeral Home in San Saba, Texas, on January 15, 2022, at 2:00. The family will have private internment services at a later date. In lieu of flowers, please consider a donation to McLane Children's Hospital, (ctxfoundation.bswhealth.com). Randy and Brenda would like to share their gratitude to Jimmy Pergason for his unaltering friendship and financial support to Marty and his family. Randy and Brenda also want to say how much they appreciate Pastor Uncle James and Aunt Dell Castleberry, as well as Shelia and Sam Curry, and Ronnie Harris for all the help and compassion they gave to Marty in his final years in San Saba and Brownwood. God Bless each of them. Funeral arrangements are entrusted to Heritage Funeral Home of San Saba. Please view Mr. Frizzell's online memorial at www.heritagefuneralhomes.com

Marty Dale Frizzell, 64, of Brownwood, Texas, passed away on January 10, 2022. Marty was born on March 6, 1957, to UM (Buck) and Marjorie Frizzell in Austin Texas. Marty was the youngest of 4 children. Marty attended school in Austin and... View Obituary & Service Information

The family of Marty Dale Frizzell created this Life Tributes page to make it easy to share your memories.

Marty Dale Frizzell, 64, of Brownwood, Texas, passed away on...

Send flowers to the Frizzell family.