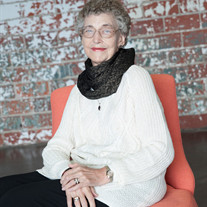 Margaret 'Lorene' Hurd, 82, of Rochelle, Texas was called home to Jesus on February 28, 2022 after a week surrounded by family and friends. Lorene was born October 4, 1939 in Johnstown, Pennsylvania. She spent her childhood and young adulthood in Pennsylvania, where she worked as a telephone operator. On a vacation to Texas, she met the love of her life, Alvin, whom she married in 1971. They began their family in Corpus Christi with the addition of two sons, Daniel and Robert. They moved to Rochelle, Texas in 1979 and became members of Rochelle Baptist Church. In addition to being a devoted wife and mother, Lorene was a doting grandmother to four granddaughters. Lorene participated in Women's Missionary Union at Rochelle Baptist Church and Bible Study at The Woodlands Church. She was a lifetime member of the VFW Ladies Auxiliary in Brady. She enjoyed cooking, baking, gardening, sewing, painting, and music. Throughout her entire life, she held an unwavering faith in God, which she shared with those who surrounded her. Lorene is preceeded in death by her husband Alvin Melton Hurd; mother Mary Weinzierl; and stepfather Isador Weinzierl. She is survived by her children Daniel Hurd and Robert Hurd; daughter-in-law Amber Hurd; grandchildren Erin Hurd, Anna Hurd, Alexis Hurd, Jordan Hurd, numerous nieces, nephews, and cousins. Visitation will be Friday, March 11, 2022 from 6:00 to 8:00 PM at Heritage Funeral Home in Brady, Texas. Funeral services will be Saturday, March 12, 2022 at 10:00 AM at Heritage Funeral Home in Brady. Interment will follow at East Sweden Cemetery. Pallbearers will be Terry Beard, Chucky Blomstrom, Alan Psencik, Mike Wolfe, Jason Beard, and Robbie Evans. Funeral arrangements are entrusted to Heritage Funeral Home of Brady. Please visit Ms. Hurd's online memorial at www.heritagefuneralhomes.

Margaret 'Lorene' Hurd, 82, of Rochelle, Texas was called home to Jesus on February 28, 2022 after a week surrounded by family and friends. Lorene was born October 4, 1939 in Johnstown, Pennsylvania. She spent her childhood and young adulthood... View Obituary & Service Information

The family of Margaret Lorene Hurd created this Life Tributes page to make it easy to share your memories.

Send flowers to the Hurd family.