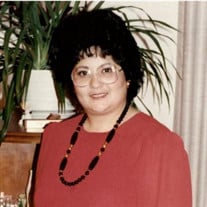 Margaret Sue Garza Aguilar went home to be with the Lord, Monday, February 8, 2021 with her Husband of 43 years and her loving son by her side in San Angelo, Texas at the age of 64. She was born on July 29, 1956 in Brady, Texas to Antonio “Tony” and Sophie M Garza. On March 5,1977, she married her High school sweetheart, Butch Armstrong. They had one son Tony Alexander Aguilar. Margaret Sue graduated from Menard High School in 1975, where she participated in numerous extracurricular activities including Band and Home Economics. After High School, she attended South West Texas Jr. College. She then followed her husband, the love of her life, around the world as a Proud Soldier’s wife. She went to Germany twice where she enjoyed sightseeing, shopping, and volunteering. Margaret also had her family come and enjoy the sites while overseas touring Europe, and 1982 she went to Korea where she learned that many material things in life were not needed. She volunteered at the Recreation Center in Camp Rice, Second Infantry Division, South Korea. Margaret loved to volunteer and received numerous awards during her military life. She also spent countless hours volunteering for the Ft. McKavett State Historic Site and Ft. McKavett VFD helping her brother in whatever he needed done. Margaret enjoyed cooking for her family and friends, and always had food at her house no matter what time of day it was. She will be remembered for her wonderful warm laugh, and the joy she received spending time with her family and friends. She was a member of Sacred Heart Catholic Church and the Treasurer for the Sacred Heart Guadalupanas. Margaret also volunteered with the Garden of Memories Cemetery, Club Victoria, American Legion Post 378, and the Menard Library Club. She was a devoted wife and mother. Her son was everything to her and she went to every school activity in support of him. She was known as Ms. A, Tony’s mom, or Butch’s wife. As a Substitute Teacher, she loved teaching, guiding, and working with children of all ages, and inspired many of them. Margaret had a big heart, a beautiful smile, a witty personality and was a person who never met a stranger. She was caring and giving with an infinite capacity for love and she will be missed by all that were blessed to have known her. Survivors include Anastacio “Butch” Aguilar, her son Tony Aguilar of Menard, a Grandma “Ma-maw” to her Granddaughter Charleigh Jo “CJ” of Brady. Brother Buddy and wife Beatrice Garza of Menard, Sister Barbara “Dolly” Dominguez and the late Jose Dominguez from San Angelo, and Sister Julie Garza of Menard along with several nephews and nieces. Margaret is preceded in death by her parents Antonio “Tony” Garza, Sophie M Garza and her Grandparents Jose “Joe” and Sophie Urteaga. Rosary will be Saturday, February 13, 6:30PM at Sacred Heart Catholic Church. The Funeral Mass will be celebrated on February 14, 2021 at 2:00 PM at Sacred Heart Catholic Church. Interment will be at Garden of Memories Cemetery. Pallbearers: John Mireles, Anthony Garza, Victoria Dominguez, Savanah Garza, Mario A. Aguilar and Santos Aguilar Jr. Honorary Pallbearers: Andrew Bevil, Elysse Martinez, Maria Mireles, Micaela Boutwell, Marisol Dominguez, Melisa Aguilar-Rehm, and all her nephews and nieces. In lieu of flowers, Memorials can be made to: American Legion Post 378 or Garden of Memories Cemetery Menard or Charity of your choice. Funeral arrangements are entrusted to Heritage Funeral Home of Menard.

The family of Margaret Sue Aguilar created this Life Tributes page to make it easy to share your memories.

Margaret Sue Garza Aguilar went home to be with the Lord, Monday,...

Send flowers to the Aguilar family.