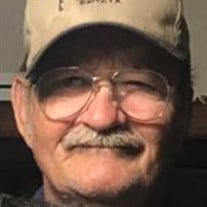 Luther V. “Luke” McKenzie, age 62, of Brownwood, passed away Saturday evening at the Hendrick Medical Center, Brownwood. He was born August 23, 1958 in Fresno, California the son of Carl and Joy (Snodgrass) McKenzie. He attended schools in Cross Plains and later served in the U.S. Navy. He was married to Samantha Morgan on October 1, 2000 in Cross Plains and they lived at May prior to moving to Brownwood. He worked as a production engineer for Southwest Gas Systems. His main love was family and especially his grandchildren. He is survived by his wife Samantha of Brownwood, four sons, Josh Adams of Leander, Joey McKenzie and wife Crystal of Rising Star, Adam McKenzie and wife Melissa of Nevada, and Patrick Gober and wife Sandra of Bangs, a daughter, Kayla Torrez and husband Tony of Bangs, his grandchildren,Gage Keckler, Hannah McKenzie, Trinity Torrez, Madison Torrez, Luke McKenzie, Kayleigh Torrez, Justin McKenzie, Kaiden Adams, Zoe Adams, Abby Clark, Michael Clark, Destiny Clark, Kyra Landers, Becca Landers, Daniel Landers and Jesse Landers. Several brothers and sister also survive. He was preceded in death by his parents and several siblings. Graveside funeral services will be held at 11:00 am Thursday, July 8, 2021 at the Pendergrass Cemetery at Sidney with a visitation to be held from 6:00 – 8:00 pm on Wednesday, July 7, 2021 at Heritage Funeral Home, Davis-Morris Chapel in Brownwood.

The family of Luther V. McKenzie created this Life Tributes page to make it easy to share your memories.

Send flowers to the McKenzie family.