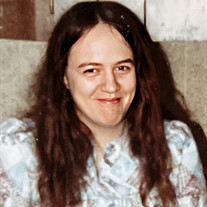 Loretta Lucille McGinn, 62, of Kempner Texas, passed away on April 21, 2022 surrounded by her family. The daughter of Floyd Britten Sr and Glenora Britten, she was born in Tampa Florida on April 8, 1960. Shortly after birth she moved to Michigan. She graduated from Carson City High School in 1978. She grew up in Michigan, and had her three children there. While in Michigan, she worked several jobs, even multiple jobs at a time. She was a hard worker that ensured her children were taken care of no matter what she had to do. She lived in Michigan for 41 years. After Michigan, she and the children moved to Texas. She said she needed to get away from the snow. In Texas, she spent many years working as a tow truck dispatcher where she met some of her very close friends. She really loved Texas. Loretta's favorite thing was to be surrounded by her children, and grandchildren at her home. She loved watching the grandkids play, and loved hearing her children argue about who the favorite was. Anyone that knew her, knew that she cussed like a sailor. She couldn't say a sentence without cussing, that was just her and we loved that about her. She didn't take shit from anyone! She loved watching TLC, Cops, Mountain Monsters, First 48, Forensic Files and pretty much any crime show. She loved lighthouses and collected them. Her house was full of different types of lighthouse decor. She enjoyed cooking and baking for her family. She loved Christmas and collected Christmas decor over the years that she put up each year. Her favorite was putting tinsel on the tree. There was so much tinsel that you would find random pieces of tinsel months after the tree was gone. She always had a glass of unsweet tea near her with lots of ice. If you were going to play a game of cards with her it would definitely be a game of skip bo and she would never admit to a loss. Loretta is survived by her three children, James (Jaimie), Kristan (Nicholas) and Jonathan (Kimberly); her grandchildren, Dylan, Ellerie, Haven, Veronica, Emma, Luke and Audrey, and her great grandson, Atlas; her close friends that were like family, Carol, Ilana, Steve, Michael, Brad and Sam; her favorite dog, Lily who she loved to share bananas with for many years; her siblings, Pamela, Charlene, Marlene, Kenneth, Kathy, Norma, Charles, Kimberly, and many nieces and nephews. She was preceded in death by her parents, sister, grandparents, aunts, uncles, and nephews. A celebration of life will be held at Oak Hill Cemetery on April 30th at 1:00 pm in Lampasas, Texas. Arrangements are entrusted to Heritage Funeral Home, Lampasas.

Loretta Lucille McGinn, 62, of Kempner Texas, passed away on April 21, 2022 surrounded by her family. The daughter of Floyd Britten Sr and Glenora Britten, she was born in Tampa Florida on April 8, 1960. Shortly after birth she moved to Michigan.... View Obituary & Service Information

The family of Loretta McGinn created this Life Tributes page to make it easy to share your memories.

Loretta Lucille McGinn, 62, of Kempner Texas, passed away on...

Send flowers to the McGinn family.