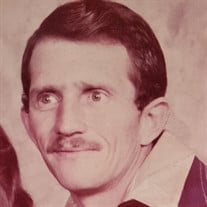 John Thomas Brittain, 74, of Adamsville, passed away in Temple, Texas on November 12, 2021. He was born on July 5, 1947, in San Saba, Texas to John Hillary Brittain and Laura Louise Thorpe Brittain. John met Ella Ruth Morgan in Colorado and reunited in Austin Texas where they married on February 5, 1972, enjoying 49 years of marriage. He had been raised in Lampasas, Texas and eventually settled in Adamsville where he was employed as manager and foreman of an exotic animal ranch in Adamsville for over 37 years. He loved to work with his hands, building things and creating exotic crafts. John could fix ANYTHING! John was a very, kind, generous and unselfish man. He was a wonderful husband, father and provider. He absolutely adored his grandchildren and great grandchildren. John was a member of the Seventh Day Adventist Church in Austin. John is survived by his son, Lane Scott and wife Marcia of Fort Worth, one daughter, Amanda Caroline Frye and husband Paul of Adamsville, three sisters, Claire Smith of Temple, Tena Taylor of Belton and Judy Buckner of North Carolina. He is survived by five precious grandchildren, Megan Telfer, Dustin Scott, Zelda Frye, Leo Frye and Allura Frye and four sweet little great grandchildren. John is preceded in death by his parents and one brother, George Brittain. Memorial donations are encouraged to a Seventh Day Adventist Community Church of your choice, Feed the Hungry or the American Cancer Society. Arrangements are entrusted to Heritage Funeral Home of Lampasas.

The family of John Thomas Brittain created this Life Tributes page to make it easy to share your memories.

John Thomas Brittain, 74, of Adamsville, passed away in Temple,...

Send flowers to the Brittain family.