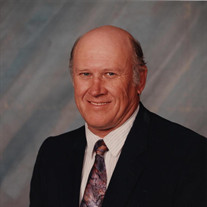 Fritz E. Landers went to his heavenly homecoming on 3 March at 10:30 PM. Fritz was born on 8 July, 1935 to Roger Q. Landers and Emmie E. (Luckenbach) Landers. As a boy, he participated in 4H, showing calves and Rambouillet sheep. In high school,... View Obituary & Service Information

The family of Fritz Eugene Landers created this Life Tributes page to make it easy to share your memories.

Fritz E. Landers went to his heavenly homecoming on 3 March at...

Send flowers to the Landers family.