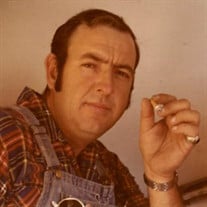 Douglas Morgan Simmons, 74, of Menard, passed away on Monday, April 5, 2021 in Abilene surrounded by his loved ones. Doug was born in Menard to Paschal and Ola (Stephens) Simmons on July 6, 1946. He married Dianne Baker on July 7, 1973 in Menard. They celebrated 47 years together. Doug was loved by so many. He was blessed to have so many good friends and family. He was always picking on everyone, especially the waitresses. He was always cutting up. He was known for his love of old country classic music and guitar playing. He played in many bands alongside his brother. They played in the band called The Wheels alongside his good friends. He also played with the County Choice Band among many others. Doug was active in the Friends of the American Legion and played many benefits and jam sessions. He was active in the Menard Jaycees, Menard Gun Club and played a mean game of pool. He played at Jim Bowie Day trail rides and played at Menard Manor Nursing Home. He enjoyed the Turkey Shoots and would always win more than one turkey. He enjoyed target shooting, hunting, and fishing with his friends and family. He worked many years in the oil field and doing carpentry work. Doug is preceded in death by his parents, sister, Georgia Matthews, and numerous aunts, uncles, and cousins. He is survived by his wife Dianne Simmons of Menard, brother, Donnie (Donna) Simmons of Junction, In Laws, Jo Ella Castleberry and Joe Edward (Sissy) Baker, nephew, Gene Matthews, nieces, Lannie (Richard) Dorman, and Deborah Matthews, nephew, Donnie Simmons Jr. (Wendy), Deanna Bessent (Mark), Becky Walker (Clint), Stephen Simmons (Lee), Patrica Minyard (Michael), Mark Minyard (Carol), Amber Henke (Joseph), Ashley Baker, Dorothy Aguirre (Ricardo), Jason Castleberry, Joe Castlebery (Paulina), Jason Doyal (Tandis), Jewel Petty, Marcie Benavides (Paul), many great nephews and nieces, & great great nephews, and nieces. Graveside service will be held at 11:00 AM Friday, April 9, 2021 at Rest Haven in Menard. Funeral arrangements are entrusted to Heritage Funeral Home of Menard.

Douglas Morgan Simmons, 74, of Menard, passed away on Monday, April 5, 2021 in Abilene surrounded by his loved ones. Doug was born in Menard to Paschal and Ola (Stephens) Simmons on July 6, 1946. He married Dianne Baker on July 7, 1973 in Menard.... View Obituary & Service Information

The family of Douglas Morgan Simmons created this Life Tributes page to make it easy to share your memories.

Douglas Morgan Simmons, 74, of Menard, passed away on Monday,...

Send flowers to the Simmons family.