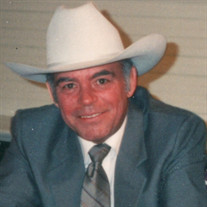 Dennis Moore McCluskey, age 79, passed from this life on Tuesday, April 12, 2022, in Weatherford, Texas. He was born August 2, 1942, in Brownwood, Texas, the beloved only child of Gerald and Oletta (Ashburn) McCluskey. He attended high school in Brownwood and received a music scholarship to Howard Payne University. He was known to enjoy singing and playing in his band, The Cruisers, in his younger years. In the early 60's, he moved to Dallas, Texas where he met and married his lifelong sweetheart, Linda Kay Ellison of Broken Bow, Oklahoma, with whom he raised their two children, working for many years, following in the footsteps of his dad and grandfather at the Santa Fe Railroad, and in later years in transportation. After retiring, he and Linda enjoyed day trips to small Texas towns. He was always happy as long as he had scratch offs. He was a dedicated, hard-working man and loved his family and friends. He touched many lives and will be missed by everyone who knew him. Dennis was preceded in death by his parents Gerald and Oletta Ashburn McCluskey, his stepmother Thelma Harris McCluskey, sister-in-law Jeanette Nicholson, brother-in-law's, Gerald Ellison, Johnny Nicholson, Dain George, and Ray Queen. Survivors include his widow, Linda McCluskey, son Jeffrey McCluskey, daughter Shelby Salata and husband David, grandchildren Kayla Salata, Brittany Kingery and husband Kasey, and Jasmine Baldwin. Great grandchildren include Daniel Kingery, Emmaline Kingery, Abigail Baldwin. Many nieces, nephews, cousins and special friends Tamra and Todd Chaney as well as many friends and extended family also survive. Funeral services will be held at 1 PM on Monday, April 18, 2022, at the Davis -Morris Chapel of Heritage Funeral Home, 800 Center Ave. in Brownwood, with Pastor Brian Hall officiating. Burial will follow in the Eastlawn Memorial Park in Early. The family will receive friends at a visitation from noon until service time prior to the service. Funeral services have been entrusted to the care of Heritage Funeral Home, Davis-Morris Chapel. Friends and family are encouraged to view the online memorial at www.heritagefuneraltx.com.

Dennis Moore McCluskey, age 79, passed from this life on Tuesday, April 12, 2022, in Weatherford, Texas. He was born August 2, 1942, in Brownwood, Texas, the beloved only child of Gerald and Oletta (Ashburn) McCluskey. He attended high school... View Obituary & Service Information

The family of Dennis Moore McCluskey created this Life Tributes page to make it easy to share your memories.

Dennis Moore McCluskey, age 79, passed from this life on Tuesday,...

Send flowers to the McCluskey family.