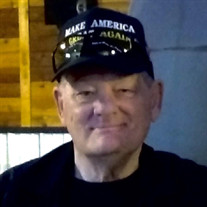 David W. Smith was born October 1, 1940 in Tacoma, WA to Warren and Kathleen Smith of Tacoma, WA. He and his two brothers Richard & Darrol spent the first part of their childhood growing up at 37th & N. Grove in Tacoma and the second half in a sixth generation Tacoma home on North Yakima. David attended Stadium Way High School. One of his earliest jobs was working at the Tacoma Smelter. Story goes he fibbed about his age to get hired and later claimed he was the youngest crane operator ever at age 17. It was shortly thereafter that he ordered himself a brand new shiny black 1959 Plymouth Sports Ferry from the local dealership. He rented a small garage up the hill from the smelter to park it in every shift. That car still remains with us today. He later followed in his father’s footsteps to become a master electrician. He worked along side his father Warren on many out of town jobs. When duty called, he served in the US Army and worked as an electrician as well. In his early twenties he married Suzanne Goldie Trosper from University Place and it was there on 33rd & Glendale they raised their two daughters Laura & Leah. Shortly after returning from the service, David purchased his first commercial building at 6th & Sprague in Tacoma and started Smith Electric. Later, he and Suzanne purchased a tavern, remodeling and renaming it the Red Carriage. Leah recalls her mother telling her, she owned a tavern but wasn't old enough to drink! David grew Smith Electric into Smith Company; Electrical, Plumbing and Heating. And during this time and for the next several years, he served as a Sheriff’s Deputy with the Pierce County Sheriff’s Department. He carried that badge with him until his dying day. The Smith family enjoyed spending time on their boat with friends & enjoying the beautiful Puget Sound waters. During these same years, he ventured into a company called Marine Transport, transporting large yachts up and down the coast of California by way of a one of a kind hydraulic, independent suspension trailer. As the years went on, he acquired several rental properties in the Tacoma area and his final purchase would be in 1985 when he and Suzanne purchased and renovated the University Union Club of Tacoma. A historical Men’s Club built in 1888, what eventually would become David’s on Broadway; Steak & Seafood Restaurant. David was an avid gun collector and loved cars. Specifically his Lincolns & Corvettes. He enjoyed working on them and going to weekend car shows. He displayed his awards with pride. In 2005 David suffered a massive stroke, leaving him partially paralyzed and unable to speak or write. However, he managed to fight back with such perseverance that he was able to create a new normal way of life for himself. Living and driving independently. In 2018 David finally agreed to move to Lampasas Texas with his daughters, Laura & Leah and managed to make many new friends and create lasting memories for those who knew him. He was able to spend quality time with his grandchildren Elizabeth, Michael, Christopher, Alexandria, Victoria, Elaina and Madeline. And great-grandchildren Nicolas, Natalie, Emily, Kolby & Maverick. David worked hard to be become a successful business man. He was a fierce protector of those he loved and he lived an exciting & abundant life. He’ll be remembered by this for some and for others, it'll be black clothes, cars & decor. Baileys Irish Cream, his signature cologne & a sincere hug and kiss. Just days before Saturday, December 4, 2021 David suffered a double stroke and heart attack. While at the hospital he was alert but shortly after all the poking and prodding took place, he became calm. My sister Laura sat next to him playing sweet Elvis gospel songs when he gently reached his hand up towards the ceiling, took a deep breath and drifted off peacefully while listening to his favorite Elvis song- Love me Tender… A special Thank You to my sister Laura and her husband Mark for their love and help over the years. To my girls for always making Gmpa Dave smile! To his loving care givers April and Michael for always treating him with respect. To our long time Real Estate agent Aleta Benedicto in Tacoma for putting up with it all for so long. To my mother in law Laura Priest for all the sweet words and big hugs & kisses for him. To his favorite waitress Melissa Renee- he adored you. And most importantly, to my husband Abe Caruthers for an incredible act of selflessness as he protected my father’s dignity during his last hours. I am forever grateful. Leah There will be a come and go Visitation and Celebration of Life from 4-6 PM on Wednesday, December 15, 2021 at Heritage Funeral Home. Arrangements are entrusted to Heritage Funeral Home of Lampasas.

David W. Smith was born October 1, 1940 in Tacoma, WA to Warren and Kathleen Smith of Tacoma, WA. He and his two brothers Richard & Darrol spent the first part of their childhood growing up at 37th & N. Grove in Tacoma and the second half in... View Obituary & Service Information

The family of Mr. David Warren Smith created this Life Tributes page to make it easy to share your memories.

Send flowers to the Smith family.