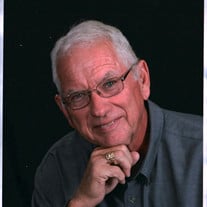 David Glynn Cole, age 79, of Bangs passed away at Hendrick Medical Center, Brownwood on Sunday, November 14, 2021. He was born July 23, 1942, in Brownwood, the son of Bert B. and Lillian Marie (McGlothlin) Cole. Following graduation from high school, he served in the U. S. Army and was later married to Martha Aline Brown in Moody, Texas on February 17, 1962. She preceded him in death on April 7, 2021. David was an avid collector of local and Texas history and was a board member of the Brown County Museum of History. He served as a deacon of First Baptist Church of Bangs and was involved with the Bangs Food Pantry. He was employed at 3-M for over 32 years as a foreman retiring in 2000. He is survived by his son, Eric Glynn Cole and wife Lisa of Flower Mound, a granddaughter, Ivy Aliene Cole of Flower Mound and a grandson, Gunnar Glynn Cole also of Flower Mound. He is also survived by his sisters, Joyce Fisher of Brownwood and Eva Gunter and husband Wayne of Brownwood, his sisters-in-law, Kathy Cole of Bangs, and Janie Lowe of Arlington, Geneva Ethridge of Brownwood, and brothers-in-law, Otis Brown, and James Brown, as well as many nieces and nephews. He was preceded in death by his parents, Bert and Lillian Cole, father, and mother -in-law, Rev. and Mrs. Otis Brown, his wife, Martha Cole, a brother Lloyd Cole, a sister-in-law, Lily Brown, and a brother-in-law, Wayne Fisher, Travis Brown and Brit Brown. Services will be held at 2 PM on Friday, November 19, at the First Baptist Church in Bangs with burial to follow in the Bangs Cemetery. Visitation will be held from 6 - 8 on Thursday evening at the Davis-Morris Chapel of Heritage Funeral Home Services entrusted to the care of Heritage Funeral Home, Davis-Morris Chapel in Brownwood. Friend and Family are encouraged to view the online memorial at www.heritagefuneraltx.com

David Glynn Cole, age 79, of Bangs passed away at Hendrick Medical Center, Brownwood on Sunday, November 14, 2021. He was born July 23, 1942, in Brownwood, the son of Bert B. and Lillian Marie (McGlothlin) Cole. Following graduation from high... View Obituary & Service Information

The family of David Glynn Cole created this Life Tributes page to make it easy to share your memories.

Send flowers to the Cole family.